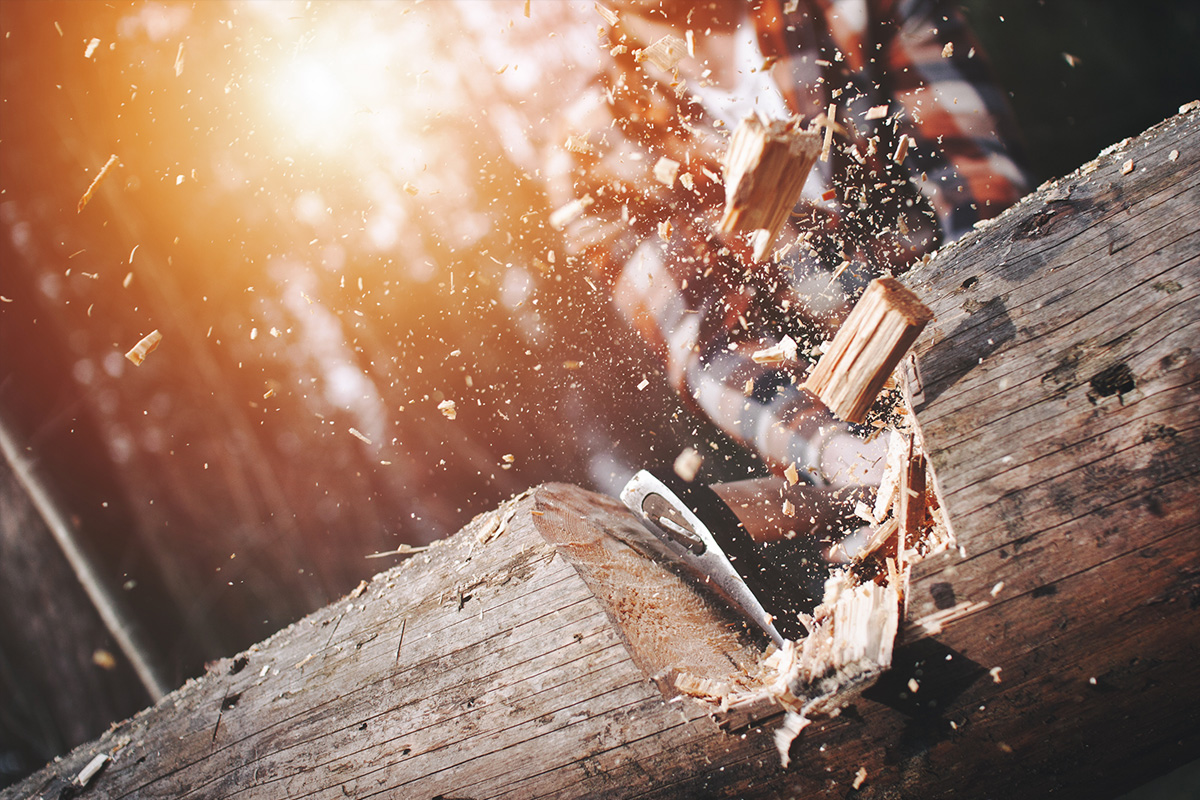 We have used pipelines for the regular implementation of CI/CD principles for years, but we have come to a point where splitting CI from CD makes a lot of sense. Have you ever had to rethink your standard pipelines because it was growing in complexity and difficulty? In this blog, I go into the differences between CI and CD in the often-used acronym CI/CD. This blog is the first in a series of blogs on how to rethink standard pipelines into something more futureproof.

First, let's go over the basics. What is CI/CD (Continuous Integration / Continuous Delivery / Deployment)? In our day-to-day jobs, we use the term CI/CD as a synonym for pipelines. But let's find out what the two parts are to CI/CD.

For this discussion, we treat CD as Continuous Deployment.

Let's look at a regular pipeline to help us understand the difference between CI and CD.

In the above example pipeline, we have a trigger that triggers on a code change. Whenever the code changes it:

Obviously, not all steps are always valid. For instance, Python code does not require any building. But in general, these are the steps that apply to most software pipelines.

In practice, everything up to the Deploy step falls under the CI umbrella. This means everything except for the actual management of the built artifact on the end servers.

CD then covers managing deployment, configuration, and ensuring the software is running on the actual servers.

In ye olde times, the difference was usually what developers and DevOps engineers would do. Seems fine, right? We push code. It automatically gets built and published and even automatically started and configured for the environment it needs to run on! So what is the problem?!

Well, one issue we can immediately see is that these pipelines are actually quite complex! These pipelines need access to all the environment-specific information and host the steps to build and deploy the code. Generally, these steps are very dissimilar to each other.

The often growing complexity of these pipelines can lead to difficulty in maintaining them and makes adding new functionality impactful.

The steps defined in the generic pipeline are fine. In fact, they are needed to run any kind of software, whether you do it manually or automatically.

Let's have a look at what most Git repositories look like.

We have three types of branches here.

The main branch is synonymous with the production environment. Code pushed here goes to production and should only be merged when the code has been vetted on a different environment first.

Feature branches are where developers do their work. They open a new branch, start working on a new feature or bugfix and push their code. This pipeline would usually only test the code. Maybe, if you're really fancy, deploy it to a develop environment specific for that one feature branch. 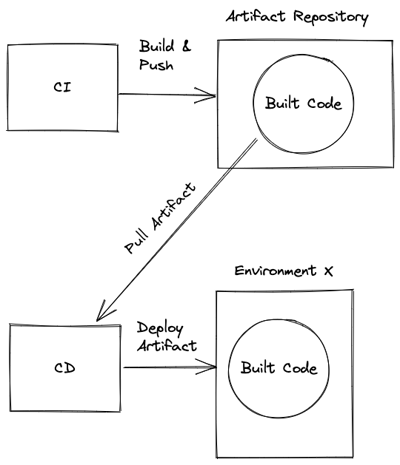 Most environments exist of servers set up to run your applications. The environment can be anything from manually maintained servers to something a little more future-proof such as a Kubernetes cluster running containers. There are two fundamental aspects to all environments, though.

DevOps Engineers always have access to these environments. This access enables them to fix any misconfigurations or problems that may arise. It means these engineers can change the environment manually. But wait, we have pipelines to manage these environments, right?

Yes, but there are a few problems with these pipelines.

When we think about future-proof automation we try to keep each step as simple as possible and attempt to let each step in the process only do one thing and do one thing well. Master of one vs master of none.

We can approach our pipelines in the same fashion instead of just a step in that automation. Make a pipeline that is a master of one, instead of a master of none.

Problem 2: Pipelines that do both building and deploying are really complex!

The tooling used to build the code and deploy the artifacts is also widely different. Building code requires tooling that understands your code and can run the appropriate steps to test/build/publish that code. That in itself is already pretty complex because you might want logic that fails a build when some testing criteria are not met.

The more you add logic concerning either CI or CD, it inevitably impacts the other. Adding checks for CI means CD can be impacted because of CI failing. Adding CD logic means the CI part can run for no reason, if the pipeline fails at one of the last steps.

So now that we know that pipelines are generally more complex the more we let them do, and they can fail at any of those steps at any time. Let me ask you this: can you, easily and without a doubt, tell me exactly which artifact is currently running on the development environment? For one repo with one codebase this can be done, but can you also tell me this for all 15 applications that make up your business?

Problem 3: Pipelines that only run when code is changed leave environments open for configuration drift

The fact that DevOps Engineers can alter an environment leads to the following. Can you spot what is wrong?

Develop and Production environments are always changing. Even if you first and foremost attempt to do everything via pipelines and from Git, eventually the environment will be altered.

Then when after some configuration drift you push some changes to your repository and the pipeline automatically kicks off. But in the output you suddenly see the dreaded `x amount of resources changed`,  but all you did was update the readme. What happened to those 5 resources?!

Problem 4: It's never just one pipeline, it's a collection which leads to difficult insight

Pipelines fail for all kinds of reasons. If you deploy code from a main or develop branch and your business consists of multiple applications working together, let me ask one question:

This usually means looking at all pipelines for all applications and checking which ones failed, which one the last successful one was, and then checking in Git what was actually in there.

The more complex the pipeline and the more pipelines, the more difficult it is to find out exactly what code together is the current development environment.

And what are the 4 problems with CI/CD pipelines?

If your pipeline does everything, from building the code to deploying the code it can become really complex really fast. Adding new environments comes at the cost of updating all pipelines. Keeping track of what software is running in what state becomes much more complicated and often has you resort to other solutions just to keep track of your platform (Gitlab environments for instance).

In this blog we talked about some of the issues that come up if you're building a pipeline that does all the CI/CD steps. But how do you solve them in an easy to maintain and scalable way?

Keep an eye out for the following blog where I go into a very easy solution to fix all of the above issues! The new blog is out now! Read it here: Splitting CI from CD.

Share this
Fabian Met
Fabian is a Cloud-Native Architect and Open Source Enthusiast. As one of the founders of Fullstaq, he is the technical heart and conscience of the company, helping customers and engineers with guidance and being a nice sparring partner.

To encompass Fabian's roles, we like to call him the TechFluencer. There is often a negative association with influencing or preaching some gospel and forcing opinions on others; instead, Fabian works closely with people to find out what those people and companies really want and need and makes sure the right resources from Fullstaq are made available to achieve those goals. Also, writing in the third person is something Fabian finds odd to do...

Please talk nerdy to Fabian; it is what he likes best!

In my last blog and video, I went through some of the issues you can have when having a single pipeline do both CI and CD for your applications. In this …